I’ve just completed another photograph for my Between Heaven and Earth Irish portfolio.  Like other recent pieces, The Dark Hedges 3 is comprised of several individual captures stitched together allowing for the resulting high-resolution image to be printed very large with impeccable fidelity.

I made two photography trips to this enchanting Northern Ireland location, July 2010 and March 2011.  However, I was recently dismayed to learn that the 300 year old beech trees have lost some of their charm due to the construction of a four foot barb wired fence, see the bottom image from a local paper. 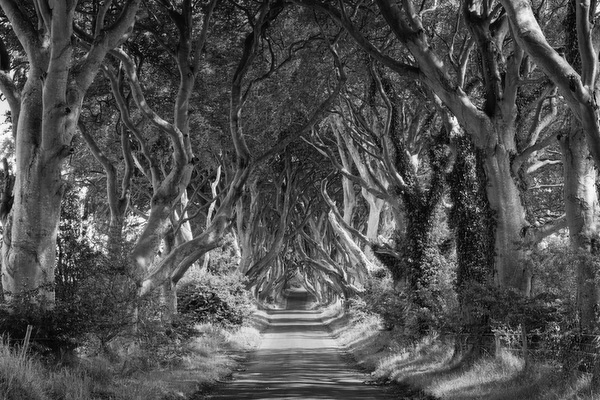 The Dark Hedges 3, Antrim, Northern Ireland, 2012
archival pigment on photo rag
This has reminded me of one of the first rules of photography – don’t
put off photographing something today because it might not be there
tomorrow.  And if it is, for better or for worse, you can be sure that
it won’t be the same as it is now.  In the grand scheme of things, it’s
another reminder to seize the day.
From the Wednesday September 21, 2011 Ballymoney Times 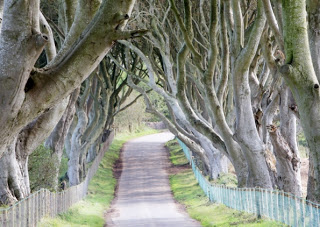 ONE of north Antrim’s most famous landmarks, The Dark Hedges, has been fenced off – quite literally.

Described by some locals as a huge
‘desecration’, the world-renowned trees in Stranocum now sit beside a
four foot barb wired fence.