Nestled unexpectedly within the idyllic Caledon Hills an hour north of Toronto lies a Martian landscape known as the Cheltenham Badlands. It has been one of my favourite photographic locations since I learned of it while on location for a television show in the late ’90s.

During my initial visit, I knew that there were many great photographs to be made but that I probably wasn’t going to get any that day. As I began to explore the space and frame shots it became apparent that there was much that I needed to learn about it first. I have returned regularly to see how its character changes with the time of day, the influence of weather and the seasons and how different camera positions reveal and emphasize the subject. For example, shooting upward toward the tree located in the middle of the formation from the bottom emphasizes the strength and resilience of the tree with all lines leading directly to it. (See the Strength photo below). It creates a completely different feeling than shooting down from the top, evident in other photos below. I believe that having an inspiring and accessible subject is very helpful for photographic development. 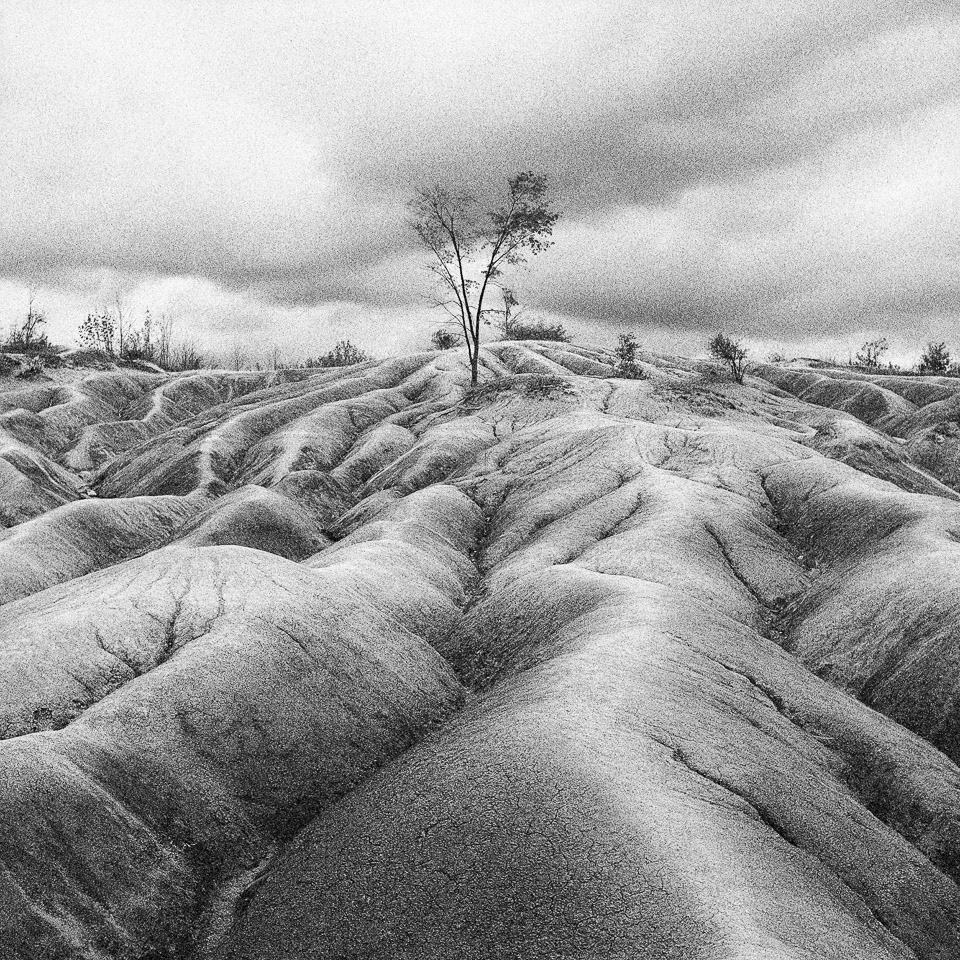 The Cheltenham Badlands are located along the Niagara Escarpment, which is part of the UNESCO World Biosphere Reserve. They are composed of soft red Queenston Shale deposited approximately 450 million years ago. The badlands topography was revealed as the result of poor farming practices in the 1930s. The red colour is due to iron oxide deposits, and the greenish streaks that run through it are the result of groundwater changing the chemistry of the material. This kind of badlands landscape is very rare in Ontario. 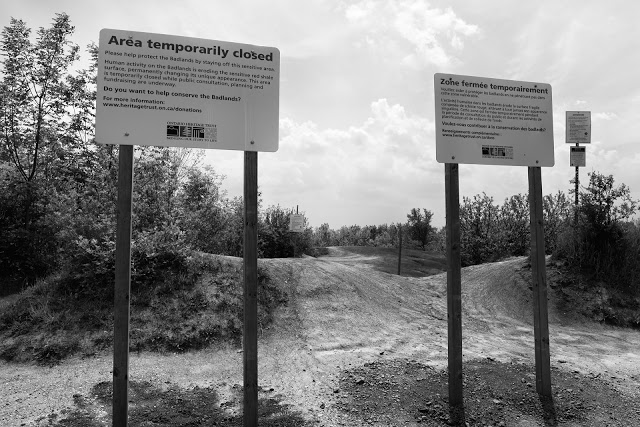 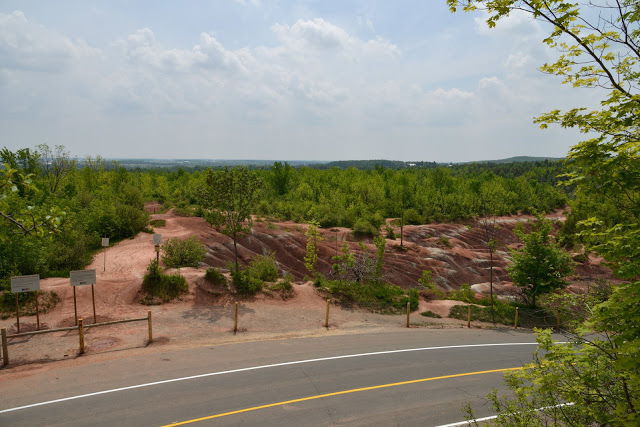 There has been a rapid increase in visitors every year since I’ve been visiting. Not everyone has treated the fragile landmark with proper respect; I’ve witnessed individuals riding their bikes up and down the hills and gullies. As a result, it was fenced off and closed to the public at the end of May 2015 to stop further damage while a conservation plan is being developed. More information about the closure is available at http://caledonbrucetrail.ca/badlands/ 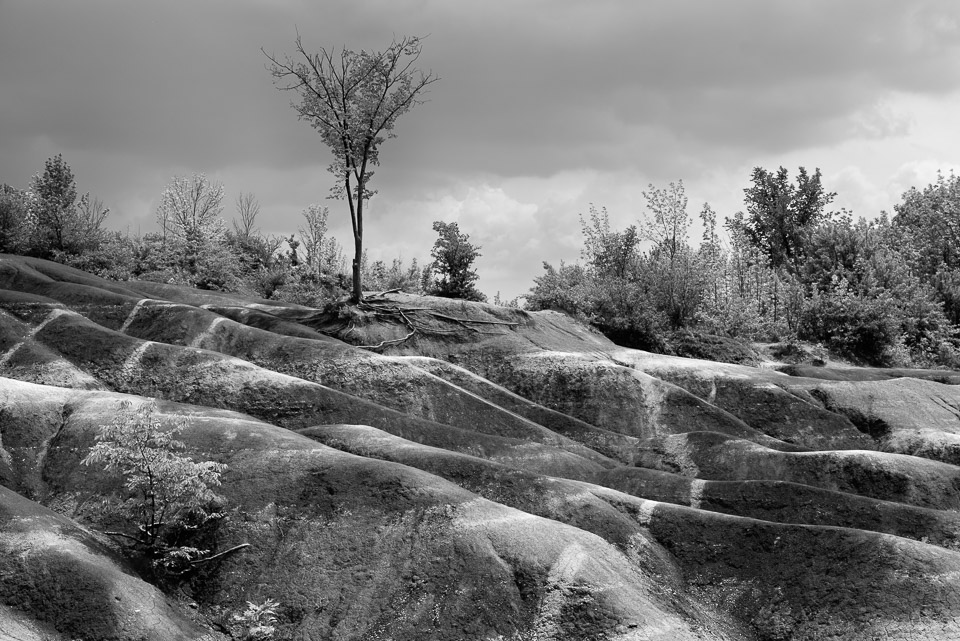 All is not lost for us badlands photographers. The image above is one example of the kind of photos that can still be made without trespassing into the fenced-off areas. 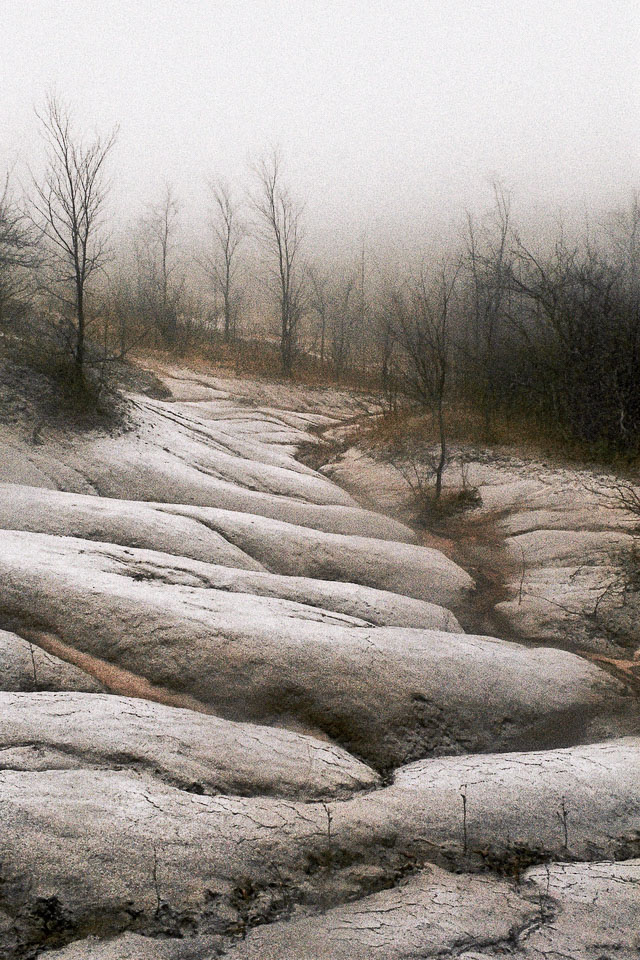 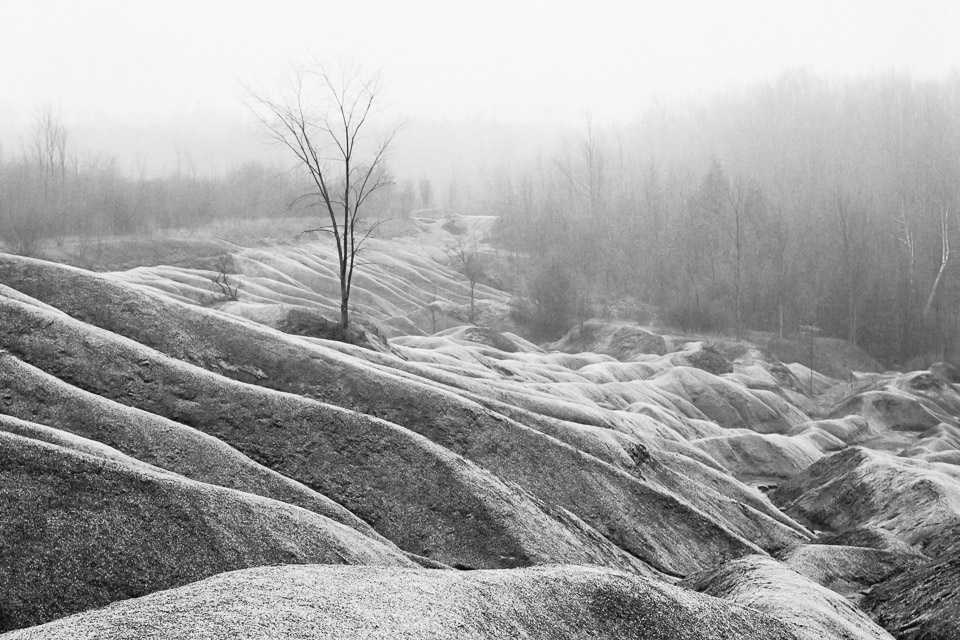 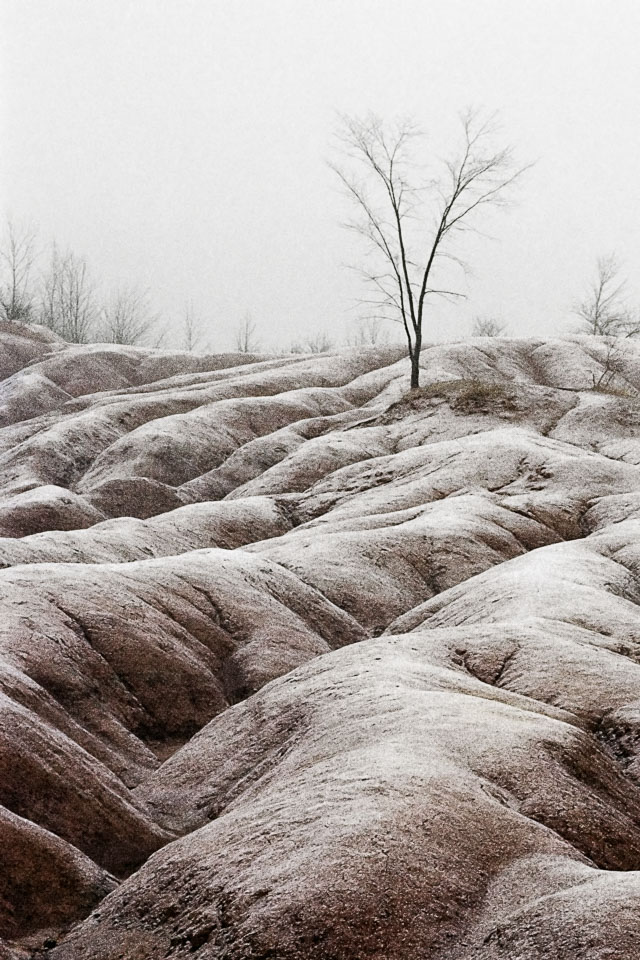 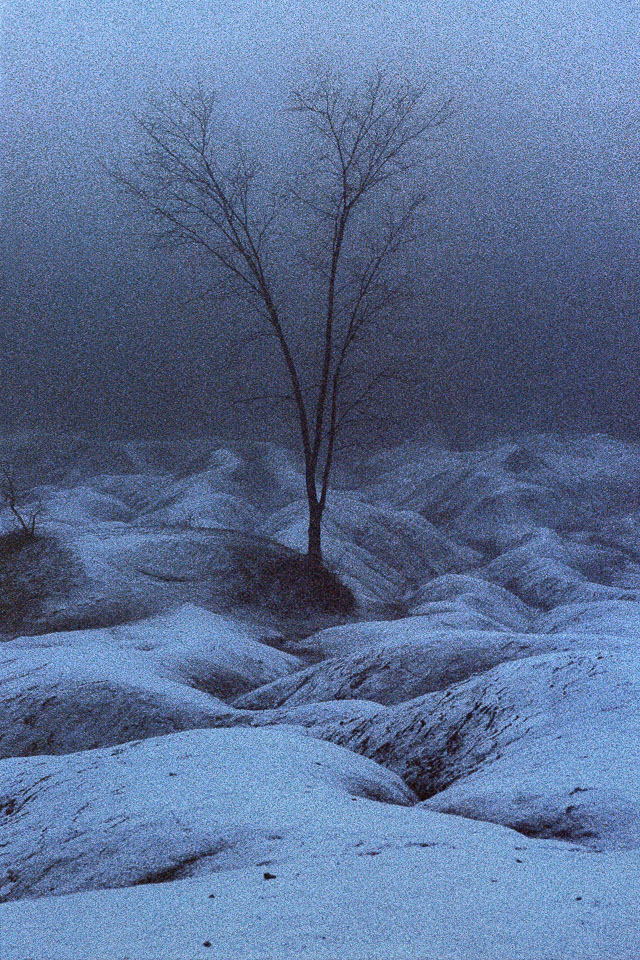 1 thought on “The Cheltenham Badlands Are Closed”

Home » The Cheltenham Badlands Are Closed